Jan 2013, After 3 months cycling in Mexico I enter Belize with the goal of continuing all the way to Panama


Greetings! My name is Ira Sutherland, I left my home in Vancouver, Canada on Sept 7th to cycle the west coast of the United States in search of the world´s largest and tallest trees and then cycled across Mexico giving me a total mileage of 7500 km as I entered Belize on Jan 22nd, 2013. This is the continuation of my blogging that covered most of Mexico´s mainland (biketouringmexico.blogspot.com). 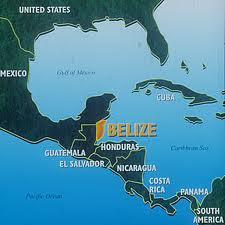 An important development in the days prior to entering Belize was that it looked promising that I had secured an enticing job in northern Colombia working on a forest conservation project. Because of this I was suddenly in a rush to make ground south. This sudden rush left me with mixed feelings as I weighed the benefits of the job to the sacrifice of rushing through this fascinating part of the world.

After a full three months of cycling through Mexico, Belize was a tremendous change and I experienced a solid dose of culture shock. I had to resist greeting people in Spanish as I encounter diverse peoples including Criolles who speak a distinct and very laid back sounding dialect of English, Mennonites dressed in 19th century attire, traditional Mayans who speak fluent english in addition to their native tongue, asian immigrnts who for some reason own every single grocery store and Garrifuna villages founded by escaped or marooned African slaves. Also a big change is that I see a clear emphasis on ecotourism and recognition of the services provided by intact ecosystems. Belize has the lowest population density in Central America (15.11 persons per sq. km) and tourism and ecotourism accounts for about a third of GDP and employment, thus large tracts of the country are undeveloped and many have been designated as conservation areas. For myself, this is fantastic to see and a big change from what I have so far witnessed through the US and Mexico.

Unfortunately, the road quality is worse as they are paved roughly with coarse asphalt and in the northern portion of the country debris fallen from haphazardouly loaded sugar cane trucks litter the road. The sugar cane trucks themsleves are a real danger as well becase they often pass with sugar canes dangling from their side, sometimes at head height or pitched forwards as if to joust me from the road. Here I am hit with big storms too. After two wet days riding south I decide to take a rest day camping under a palapa at Monkey Bay Wildlife Sanctuary and make a visit to the Belize Zoo, which provides habitat and rehabilitation for injured animals. There I see jaguars, crocodiles, tapires, ocelots, black jaguars, otters, macaws, toucans, a harpi eagle and dozens of other interesting animals. Even though I was aware that the zoo was helping injured animals Its still tough seeing such noble wild animals locked in cages.


For the rest of the day I relax in the wildlife sanctuary´s extensive library. I find a text on tropical forest ecology by T.C. Whitmore and study the first three chapters carefully. This may sound boring but I am delighted to read about the amazing ecosystems and endless diversity within these forests. I have so much to learn. Science in general still has so much to discover about these complex systems.

From there I decide not to head west into Guatemala via San Ignacio but instead to ride into southern Belize, which currently has no outflow road (it will by 2015 or so) but can be exited via ferry to Guatemala or Honduras. This turns out to be a fantastic desicion since the country becomes exponentially more beautiful only a few kilometers after the fork to the two respective routes. Infact, the highlight of my whole Belize experiece was this first day cycling south from there. The hummingbird highway, as this portion is called, is a stunning 70 km road through mayan villages and precipitous karst mountains rising above citrus plantations and verdant bird-filled jungle. I had set the goal to arrive that day 130km in distance at the town of Hopkins, a very chill garifuna village on the caribbean coast, so my trip through the scenic hills of the Hummingbird highway is done rapidly with only a single short break and I then continue riding another 40km down the Southern Highway. Before getting to Hopkins I stop at roadside bar, which are all labeled as "cool spots" for a delicious Belikin stout, the national beer, and am offered a smoke by the local creole owner. The stout goes down smooth and the owner insists I have time for one more strong ale. My final 15km into Hopkins are fun and blissful as a fresh Caribbean breeze replaces the heat of the afternoon and my shadow stretches out in front of me on the dirt track. I arrive to the small village and bounce down the potholed road passing locals that appear too chilled out to even raise a curious brow at me. I arrive at a beach front budget accomodation listed in my guide book. Its $11 US a night and so far Belize is easily as affordable as Mexico, despite what many travelers had told me.

I could have stayed in Hopkins a week, it was that chilled out, but I had to keep going after the single night and a relaxing morning. I leave just before noon and its about 33 degrees C without humidex under the scolding hot sun. The fresh rain clouds of the past week had passed. I ride short distances between shady bus stops where I pull over for a short respite from the sun. While I am stopped at one, a cheerful solo female cyclist named Hannah suddenly pulls in. We ride together for the next three days and are stoked to have each others company. Its been more than a month for me without a riding companion and I adapt my plans a little to take advantage of the opportunity. We spend a night in Independence where we have several Belikin beers and cook a big soup. After dinner I become exceedingly exhausted, almost falling asleep outside. Riding through this heat is really draining.

A final outstanding experience in Belize is a visit to the traditional Mayan villages of sothern Toledo district. Again the heat is outrageous and after a short visit to a Mayan ruin site we pull over exhausted where a lady is selling watermelon slices. She invites us into the shade of her farm away from the road. We sit on the grass delighted with the refreshing snack and the lady and her daughter sit across from us. Colourful birds dart about and a thatcheted traditional home is up the slope from us. The old women speaks perfect english and begins to tell us about her farm as she directs her grandson to fetch us bananas and roasted pumpkin seeds. She speaks of her land with love and contentment as she explains that she has everything she needs. Corn is planted in the hills above alongside beans and squash, medicinal plants grow wild in the forest around. She has bananas, coffee, chocolate, coconuts and valuable mahogany trees planted. "Do you like coconuts?" she asks. I tell her they are my favourite and then she shows me a tree with massive green coconuts ready to harvest. She passes me a big stick to knock them off and it takes me a while but I eventually loosen a heavy coconut which crashes to the ground. I share the replenishing fruit with Hannah and its difficult for us to leave. Her farm is so pleasant and the lady so sweet; the heat of the road is still very intense.

We arrive late in the village of San Antonio and camp in the yard of a local Mayan women who we approach after seeing her smile at us from within her property. Her neighbor drops by offering bananas for sale. We buy 16 for 1$ US and they have a distinctive spicy taste of clove and other aromatic flavours. We are absolutly delighted by the exotic, almost somehow magical tasting bananas. The next day we visit two other beautiful traditional villages and I hope we can hike to a 200 foot deep limestone sinkhole but it turns out to be a full day trek from San Jose. Visiting the hidden traditional villages is enough of an adventure and then we return to San Antonio, saddle up our gear that we left with the lady where we camped and ride to Punta Gorda on the coast.

In the morning I get my passport stamped and jump into a speed boat bound for Puerto Barrios, Guatemala. A complete traverse of Belize highway from north to south in only 8 days. I can really appreciate this feeling of accomplishment after spending 3 months to get across Mexico! Overall it was a very easy flat ride with low traffic volume, rough paved but not trecherous roads and a pretty good feeling of safety, though, slightly less than I felt in Yucatan, Mexico. A few days of rain lowered my spirit a bit but under the incredible heat a few days later I could then appreciate the rain. The worst part of my traverse was the terrible fire ant bite I got just before entering Belize and the many more I got at Crooked Tree. Fire ants leave long lasting very itchy welts on me. Not fun at all! The best part was definitely seeing the successful efforts to preserve their natural wealth and the crazy cultural mosaic of Belize. I liked all the groups I encountered and it was a refreshing dynamic from Mexico.


The sea is calm and the boat zooms smoothly towards open water and the the mountains of Guatemala appear ahead. My bike is positioned upright at the front of the boat in a rather noble way. We make a quick stop in the Garrifuna town of Livingston where hostel hawkers and other locals looking for a few bucks bombard the boat in a rather intimidating way. "Welcome to Africa," yells one man above all the others and I am glad to not be getting off there. When I was there eight years ago someone in my hostel was stabbed by a late night burglar and a bank machine ripped me off nearly $300, leaving me a somewhat bitter impression of the otherwise pretty town. In contrast, the Puerto Barrios dock was calm and lazy. I visited immigration for an entrance stamp and then found a great hotel room for the night. This was my single night in Guatemala, which I had developed a strong liking for when I travelled the nation for two months in 2005. Tomorrow I would enter Honduras and I had a keen suspicion that solo bike touring Honduras was going to be a serious challenge and that the adventure level was about to go way up, likely to a level higher than I had yet experienced.